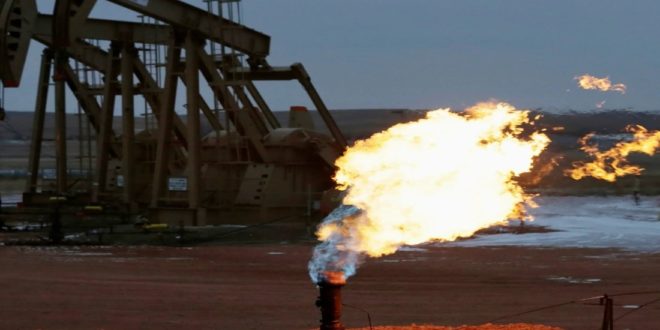 Scot Evans, CEO of Reconnaissance Energy Africa (ReconAfrica), has confirmed his attendance and participation in African Energy Week (AEW), which will be held in Cape Town from November 9th to 12th. Evans and Diana McQueen, Senior Vice-President Communications and Stakeholder Relations, will both be in Cape Town not just to lead a conversation on Namibia’s hydrocarbon potential, but also to organize a Women in Leadership Brunch at Africa’s premier energy event.

ReconAfrica is an oil and gas business based in Canada that focuses on hydrocarbon exploration and development in Namibia and Botswana. The company owns a 90% stake in a petroleum exploration license in NE Namibia that covers the whole Kavango sedimentary basin, as well as a 100% stake in petroleum exploration rights in NW Botswana that cover the entire Kavango basin. ReconAfrica is committed to investigating the oil and gas potential in the Kavango Basin in conjunction with the government, and the business is now gathering high-resolution aeromagnetic surveys of the licensing area, as well as extensive analysis of the resulting data.

With over 11 billion barrels of oil and 2.2 trillion cubic feet of proven natural gas reserves in Namibia, international oil companies have been focused on exploiting the country’s significant hydrocarbon potential. Notably, ReconAfrica has made impressive progress in a short space of time regarding exploration, particularly in Namibia. The company is drilling three conventional exploratory stratigraphic wells, intended to provide a complete picture of the geological formation. In April 2021, ReconAfrica announced preliminary results from the first well, with the discovery of a working petroleum system in the Kavango Basin. Thereafter, in June 2021, drilling of the second well correspondingly showed similar characteristics to that of the first, with clear evidence of a working conventional petroleum system.

With the complete evaluation of the first well drilled in the Kavango Basin, the complete drilling of wells three and four, 450km conducted of 2D seismic data, and the introduction of joint venture negotiations expected by the end of 2021, ReconAfrica is positioning itself as a leading Namibian hydrocarbons explorer and producer. At AEW 2021 in Cape Town, ReconAfrica will promote its exploratory success in the Kavango basin, emphasize plans and commitments, and further position itself as the preferred developer in the prospect.

Meanwhile, ReconAfrica will host a Women in Leadership networking brunch at AEW 2021 in Cape Town, whereby the company aims to promote the role of women and emphasize the value of women in leadership positions. Geared towards having a conversation on women in leadership, and creating the ideal engagement platform for an enhanced discussion, ReconAfrica is committed to AEW 2021’s broader agenda of placing women at the forefront of Africa’s energy future.

“ReconAfrica coming to AEW 2021 in Cape Town will significantly enhance the conversation on Namibia’s oil and gas potential. With the Namibian government already leading a strong delegation to Africa’s premier energy event, led by Hon. Minister Tom Alweendo, a discussion on Namibia’s potential oil boom is on the cards, and ReconAfrica will help drive it. By hosting women in leadership brunch, the company is also emphasizing how gender equality and inclusivity in leadership positions will help drive Africa’s energy development. The brunch will be the ideal networking opportunity for stakeholders,” stated NJ Ayuk, Executive Chairman of the African Energy Chamber.