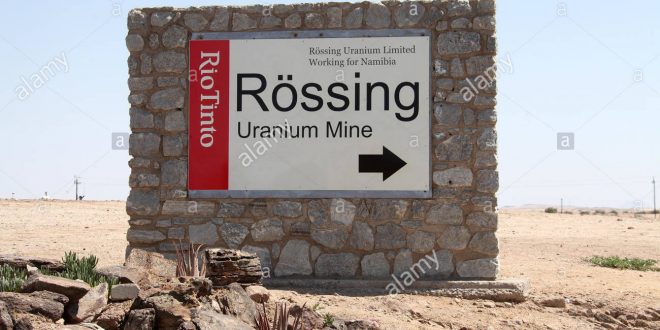 Rio Tinto has entered into a binding agreement with China National Uranium Corporation Limited (CNUC) for the sale of its entire 68.62 per cent stake in Rössing Uranium Limited for up to $106.5 million.

According to a communiqué from the company, the total consideration comprises an initial cash payment of $6.5 million, payable at completion, and a contingent payment of up to $100 million following completion.

The contingent payment is linked to uranium spot prices and Rössing’s net income during the next seven calendar years.

In addition, Rio Tinto will receive a cash payment if CNUC sells the Zelda 20 Mineral Deposit during a restricted period following completion. The total consideration is subject to a maximum cap of

The transaction represents the culmination of an extensive assessment of strategic options considered by Rio Tinto in relation to Rössing.

“The sale of our interest in Rössing once again demonstrates our commitment to strengthening our portfolio and focussing on our core assets, which deliver sector leading returns in the short, medium and long term,” said J-S Jacques, Rio Tinto Chief  Executive Officer.

He said Rio Tinto will work closely with CNUC to ensure a smooth transition and ongoing sustainable operation at Rössing.

The transaction is subject to certain conditions precedent, including merger approval from the Namibian Competition Commission though the transaction is expected to complete in the first half of 2019.

Rössing has the world’s longest-running open pit uranium mine and has produced the most uranium of any single mine producing and exporting uranium oxide from to nuclear power utilities around the world.

Last year, the Rössing mine produced 4,652 klbs and Rio Tinto’s share of mined uranium was 3,192 klbs. 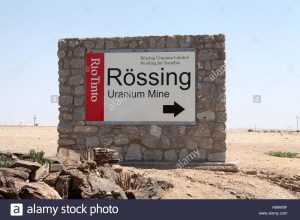