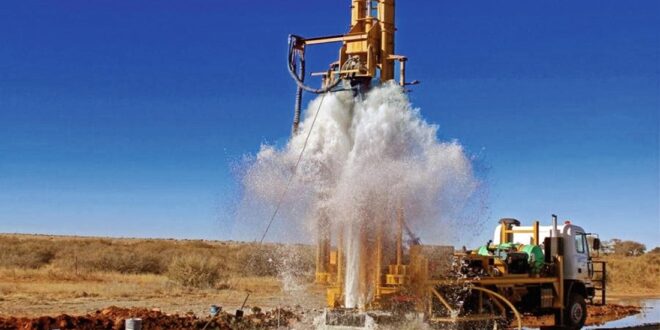 The sole year-round source of high-quality drinking water accessible to farmers is being defended by the Stampriet Aquifer Uranium Mining (SAUM) steering committee.

The committee has started taking procedures to establish an independent committee to manage the SAUM business as a legal body while the nation waits for the environmental impact assessment (EIA) on the test mining plant of the Russian exploration company, Headspring Investments.

The EIA is being carried out by Environmental Compliance Consultancy (ECC), a Namibia-based environmental consultancy with a focus on environmental approvals, environmental impact studies, monitoring, and regulatory compliance, according to the most recent issue of the Namibia Agricultural Union (NAU) newsletter.

“This EIA will hopefully include comprehensive replies to in-depth public queries in excess of 60 pages long, that were submitted to the ECC after the public meetings held in Windhoek and Leonardville in the Omaheke region, at the end of last year,” said NAU, whose members farming at Stampriet are also affected.

Several international experts have also been contacted for advice, said the union.

A critical factor is the pre-mining baseline water quality in and around the uranium orebody, on which Headspring intends carrying out test mining.

Samples were collected by Headspring and are being analysed in Kazakhstan, and the results will be part of the EIA.

“Since the water in the aquifers is good quality drinking water and is the only year-round source of drinking water for people and animals in the basin, totally independent pre-mining baseline water quality analyses are required for comparison and to establish the exact water flow models of the Stampriet basin and the interconnectedness between the different water bearers,” said NAU.

This is even more important against the background of high usage water pumping for irrigation projects. Irrigation will have a definite impact on flow models, including the direction and speed of movement of underground water through the test mining area, the union further argued.

NAU said contact had been established with Ministry of Agriculture, Water and Land Reform officials monitoring water usage in the area, and the union is awaiting further feedback.

Ministry spokesperson Jona Musheko could not be reached for comment.

Exclusive Prospecting Licences for uranium, as well as applications for such licences, cover an area of 60 to 100km wide and 400km long along the northern and western margins of the basin.

The total area covered by these licences and applications is almost 3,5 million hectares, which makes up 57,7% of the total area of the basin.

Last year, SAUM hit out at Andrey Shutov, the president of Russian exploration company Uranium One, for advocating in-situ leach mining of uranium in Namibia.

Shutov, in an article published in The Namibian, promised that uranium deposits of the Kazakh type, found in the Stampriet basin, could be developed via the most advanced environmentally viable in-situ leaching method.

The Stampriet committee accused Shutov of withholding vital information on the dangers of that method.

“The information he provides is woefully incomplete and . . . totally misleading,” the committee said in a statement dated 24 January 2022.

They said uranium prospecting in the area could have disastrous consequences, because in-situ leaching could contaminate the huge Stampriet Artesian Basin aquifer, on which the arid south-eastern Kalahari Desert of Namibia and the neighbouring countries of Botswana and South Africa depend.