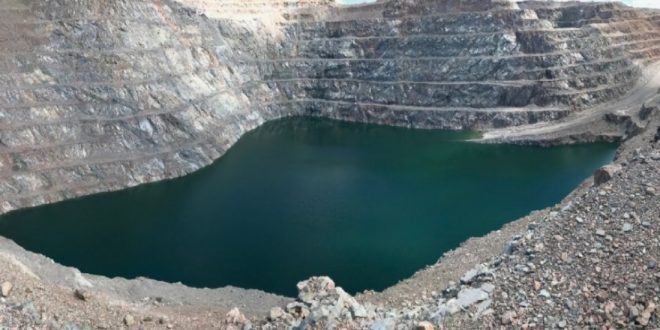 Mineral resources at Kombat copper project in Namibia are now up with more than 450% from the 7 million tonnes previously calculated in 2018.

According to Trigon Metals (TSXV: TM), the total mineral resources are estimated to be at 39.1 million tonnes (including inferred resources).

Earlier this month, Trigon outlined the upside potential on Kombat’s mineral resources based on additional mineralized underground drill holes that have been identified outside of the holes utilized in the existing database.

A total of 3,758 additional mineralized underground drill holes have now been incorporated outside of the holes utilized in the 2018 mineral resource database, leading to a 152% increase in the volume of the resource shell and 3-dimensional confirmation of ore not removed by past mining.

According to the company, the previous mineral resource of 7 million tonnes represented between 18% of the pre-existing geological model used for resource reporting, with the remaining 82% of the tonnage based on drill holes not previously included.

Additional work was undertaken including improvement of the level of accuracy of depletions in the underground areas.

The Kombat mine, located in the Otavi Mountain region, is a historical mine that operated from 1962 to 2008, during which it produced 12.46 million tonnes of ore grading 2.6% Cu.

Last week, Trigon expanded its project portfolio by acquiring the Silver Hill copper-silver project in Morocco. The company followed up the acquisition by completing a C$4.8 million private placement, in which mining investor and shareholder Eric Sprott participated.