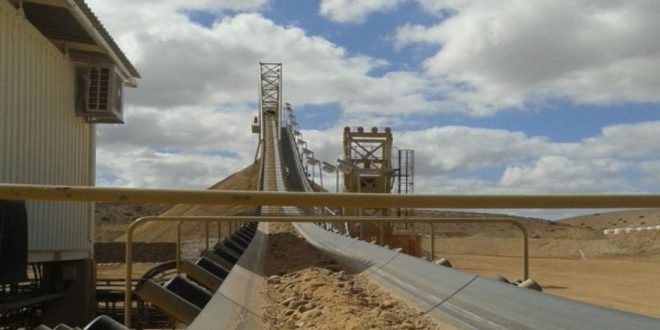 Namdeb explains the sale of Elizabeth Bay mine

Sperrgebiet Diamond Mining is the new owner of Namdeb Holding’s Elizabeth Bay mine after its purchase deal with the Diamond Company was finalised.

The diamond company made the announcement on Friday morning in a statement.

Namdeb chief executive officer Riaan Burger explained that it was not an easy decision to part ways with an asset that has made such a great contribution to both Namdeb and the community of Lüderitz, but that it was the best decision both for the business and local community.

“I am confident that SDM will give Elizabeth Bay mine the new investment it requires, as well as the impetus to create long-term value and to deliver an important economic contribution,” he said.

The intention to sell the Lüderitz-based mine and its associated marine assets was announced in 2018, and subsequently, in 2019, a buyer was found.

The decision was taken because the business sought a new owner that could continue to run the operation economically.

The purchase price is US$8,3 million or N$120 million at the time the buyer was announced in September 2019.

Sperrgebiet Diamond Mining (SDM) Proprietary Limited is a subsidiary of the Lewcor Group (a 100% Namibian-owned consortium).

Namdeb board deputy chairperson Martha Uumati added that with SDM now taking over the operations, this creates much needed economic opportunity for the Lüderitz community.

“This is also an opportunity for the larger economy of Namibia, especially during this time when employment has been negatively affected by the pandemic,” she said.

SDM and Lewcor Group of companies managing director Chris Lewis said the company looks forward to optimising the opportunity afforded by gaining ownership of the Elizabeth Bay mine and its associated mining licences.

“We will strive to successfully recommission operations in such a way to establish a long-term plan for both onshore and offshore mining. We strongly believe in the potential of the mine, but also know that we’ll only be able to create value through the efforts and support from our employees, service providers and government stakeholders,” the managing director noted.