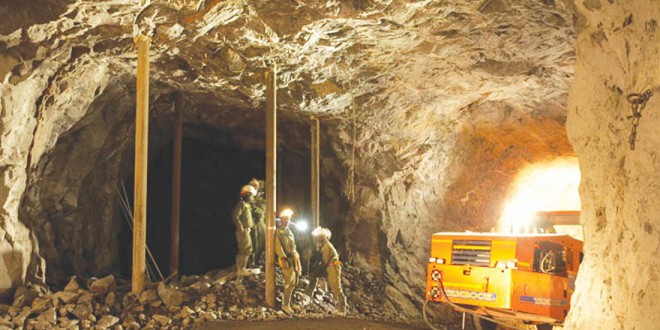 Construction at Weatherly’s Tschudi Project remain on schedule and on budget according to Elamrie Kurz of Weatherly Mining Namibia.

Construction of the project commenced towards the end of 2013 and remained in full swing ahead of its anticipated third quarter 2015 target.

According to Kurz, bulk earthworks for the process ponds and the heap leach pads as well as the initial civil construction of the processing plant foundations and the various ancillary buildings were at an advanced stage. It is envisaged that Tschudi is to produce pure refined copper and will become the first mine in the country to achieve this feat.

Upon completion, the mine will produce 17,000 tonnes of copper in addition to the 5,000 tonnes contained copper produced by the Matchless and Otjihase Mines combined.Operations resumed in 2010 following a down turn experienced in the years prior as copper prices remained in the doldrums in the wake of the global economic crisis. At its peak in 2008, Weatherly International plc’s Namibian operations produced in excess of 8,000 tonnes contained copper.

Despite recording a surge in revenue for the year 2013, Weatherly suffered a loss in of N$81.3 million.

The Tschudi mine is expected to set another record and will become the first mine in the country to adopt heap leaching to extract the copper from the ore. The open pit mine is expected to run for 11 years at prevailing copper prices and will employ approximately 500 people upon commencement.

Previous Simulation training centre, a first for the market
Next Up down copper prices not the same as stop start factories