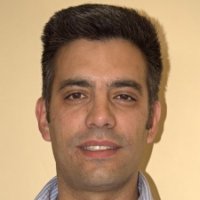 The Honeydew-based company is conducting tests on its dual-vacuum system in combination with JSE-listed drilling solutions provider Master Drilling’s new horizontal raiseboring machine. “We have found that to build more powerful machines, we will struggle to fit them into the mining areas as they become physically bigger as well.

To ensure our machines remain as compact as possible, we connected two vacuuming machines together, improving the conveying pipe diameter, which enables the mine to convey and collect larger materials from the cutter with ease,” Hencon GM David de Oliveira notes. He adds that the use of the vacuum allows the tunnel to be bored without the need for immediate roof support being installed as workers do not need to move into the area to remove the material by conventional means, allowing a more continuous boring process.

While testing is being completed, De Oliveira remains confident that the results should allow the machines to go into production within the next few months. “We estimate that the dual system will process about 15 t/h to 20 t/h. This is not a lot compared with other conveying systems, but under the specific conditions that it will function under, this capacity remains noteworthy.”

De Oliveira notes that vacuuming in the diamond industry remains important, as it improves the overall security of the precious materials by decreasing the opportunity for theft. “As it flows through a closed pipe, no individual handles or has access to the material until the processing part of the value chain. Ensuring human interaction is omitted from the collection process limits the chance of theft,” he asserts. De Oliveira notes that Hencon has also provided vacuum conveying solutions for the offshore operations of diamond company De Beers Marine, on the western coast of South Africa and Namibia.

“The project entailed our supplying three vacuum machines for a new vessel that will operate off the coast of Namibia in the Atlantic Ocean.” Robot Mole Hencon has also expanded its product range through the Robot Mole remote control vacuum system, an add-on to the company’s existing vacuum unit range.

“There is currently only one version of the Robot Mole available for sale, as the offering has not yet gone into full-scale production. We have been demonstrating the unit to potential customers and will continue to do so over the next few months to prove its capabilities before we have a full-scale launch,” says De Oliveira. The prototype is undergoing testing in South Africa and should be ready to launch officially in the next six months. He states that the Robot Mole facilitates the cleaning and recovery of spillage material from under moving conveyor belts. “The prototype is being tweaked and worked on while we look for a diverse range of testing areas in which it can be operated. As cleaning under conveyors would usually be completed only during shutdown periods and mechani- cal downtime, the Robot Mole now provides surface mines and processing plants with a safe way of cleaning under moving conveyors, as it ensures that operators no longer have to be in close proximity to the moving conveyor belts,” De Oliveira explains.

While the launch date has not been confirmed, De Oliveira states that there has been interest from South African companies investigating the use of a remote-controlled system. He also believes that the system will be a valuable addition to the range of customised vacuuming solutions offered by Hencon. “The concept was conceived in the coal mining industry, but has since been progressed to assist across a spectrum of mining disciplines where spillage needs to be handled. De Oliveira adds that Hencon, an original- equipment manufacturer, plans to provide adequate South African Qualifications Authority-accredited operator training, adding that this has become increasingly important in the mining industry.

“As the Robot Mole is a high-tech and high-value piece of equipment, it will be important for operators to receive the highest form of training before they [use] the unit.” He notes that, while the Robot Mole can be used in the diamond mining industry, it might not be used there immediately. The 500 kg Robot Mole is 500 mm high, 910 mm wide and 1 500 mm long. It is also equipped with a low-light (infrared) camera and lights that provide the operator with a full view of the working area. It is designed to use 150 mm hoses; therefore, the unit is compatible with Hencon’s 110 kW electric and 130 kW diesel vacuum units.