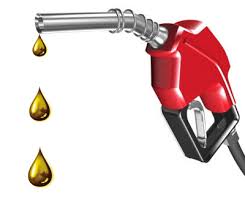 Consumers who are already facing massive increases in food prices can brace for more shocks as a rise in fuel prices is sure to push up expenses even more. The Ministry of Mines and Energy on Friday confirmed that as of Wednesday, June 01, petrol prices will increase by 60 cents a litre (c/l) while all grades of diesel will increase by 70 c/l. Once these increases filter down to transport and food prices consumers will have to fork out more to get to work and to put food on the table.

“For the first time this year, oil has broken the US$50 level and stayed a shade above the psychologically important threshold. Equally, refined petroleum products have stayed above US$54 per barrel throughout the whole month of May. This slight increase in both crude and refined oil prices was caused by a decrease of about 5 million barrels in the US oil reserves and the oil pipelines blockade in Nigeria as a result of terrorist attacks in that country,” Minister of Mines and Energy, Obeth Kandjoze, explained in a statement released Friday.

He added that oil prices are extremely responsive to any shortage of supply in the market or a slight increase in demand. “There is still an over-supply of oil in the global market, but relatively lower compared to the previous four months. This is so because some of the biggest oil suppliers are still reluctant to cut supply due to fear of losing market shares,” said Kandjoze.

He further noted that the local fuel price would not have been so negatively affected had it not been for the exchange rate between the Namibia Dollar against the US Dollar that deteriorated in the period under review. “Local oil importers had to suffer the price of citizenship (exchange rate), which jumped to an average of N$15.11 in May, up from below N$14.22 the previous month. The market fundamentals of the South African economy are still very weak and our currency is pegged to the South African Rand.

This means when South Africa sneezes, Namibia is at risk of catching a cold. It is for these reasons that huge under-recoveries last seen over a year ago were recorded and it is only fair that consumers pay a fair share of those under-recoveries while the National Energy Fund subsidises the rest. Technically, the under-recoveries are split in half–consumers will pay half and the fund will pay for the remaining half,” said Kandjoze.