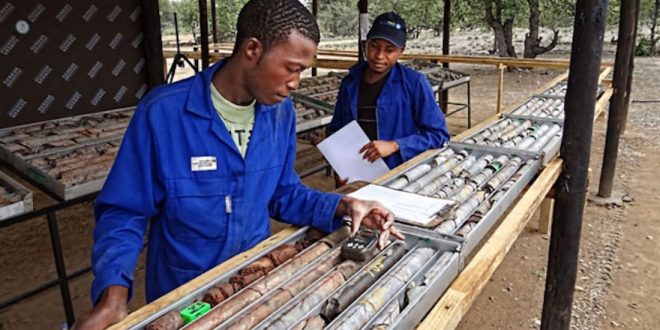 The Namibian Minister of Mines and Energy is empowered to approve an application submitted by a licensee for the transfer of mineral licenses, or the cession or assignment of interest in a mineral license, on the terms and conditions agreed by the Minister under section 47(2)(a) of the Minerals (Prospecting and Mining) Act, 1992 (Act no. 33 of 1992).

In terms of the powers vested in the Minister under section 47(2)(a) of the Minerals (Prospecting and Mining) Act 1992 (Act No. 33 of 1992), the Minister has determined that as of 1 April 2021, applications submitted by Namibian license holders for the transfer of mineral licenses, or the cession or assignment of interest in a mineral license may be granted subject to the condition that 15% interest in the license must be retained by Namibians.

Mines and Energy Minister Tom Alweendo confirmed that effective April 1, Namibian mining exploration licence holders will be required by law to retain at least a 15% stake.

“I don’t want Namibians to say that they have not been given opportunities.”

The ministerial decree is the latest attempt by the world’s fourth-largest uranium producer to boost local participation in mining, a key contributor to the economy.

Critics said the policy threatened Namibia’s ability to attract foreign investment, and it was scrapped in late 2018.

Namibia dropped 33 places in a global Policy Perception Index and fell from first in Africa in 2019 to fifth in 2020, a Fraser Institute survey of mining companies found, due to concerns about skills, regulatory inconsistencies, and infrastructure.

Namibia’s mining industry has been hit hard by the global pandemic and economic slowdown.