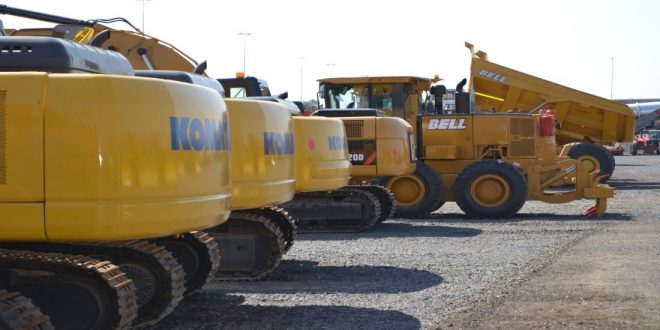 Despite the flatline trend of the last few years, he says the industry is still buoyant and working hard to support the construction and mining industries which it serves.

“The economy is battling, and consumers are hard-pressed to continue selling at a sustainable pace.

Throughout the market we are finding that it is an ‘up-and-down affair’ with localised growth and sectors within each industry that are doing better or worse than others,” said Peters Peters cited that it’s a tough year ahead, similarly flat with a possible upturn later in the year.

“Considering the industry does not respond immediately to market conditions due to long planning and tendering processes any upturn will only be felt towards the end of the year.

Along with other executive members of the association, who are elected from member companies within the association, Peters represents ELB Equipment, which has exposure in nearly all sectors of the mining and construction industries and has experienced similar ups-and-downs.

Overall however, the company has seen an improvement in sales in the mining sector while construction industry sales have trended slightly downwards.

Dale Oldridge, representing Bell Equipment, says overall the company has experienced steady sales with a slight drop-off in some sectors which has been buoyed by better-than-expected sales in the mining sector.

“We are not sure what next year has lined-up for the industry and are taking a conservative approach. As a result, we are quite risk averse and we not sitting on massive stock of equipment.”

Jacqueline Aitken, representing Bobcat South Africa, says the company is still doing well in the skidsteer range although there has been a decline in cash deals.

Simultaneously, finance for equipment over R800 000 is becoming more difficult and although the company has a healthy order book, it is subject to obtaining finance.

As a result, she says the company has to deal with more finance institutions to ensure customers have a fair chance of obtaining credit based on their financial record with their own banks.

“For us the demand is there, but finance is not readily available.”

Calvin Fennell, representing Wirtgen South Africa, says sales have been slightly better than last year. With its focus almost exclusively on road technology and compaction, sales have been constrained due to fewer road building projects taking place, but steady.

This will be a challenge to overcome in the future,” he said.