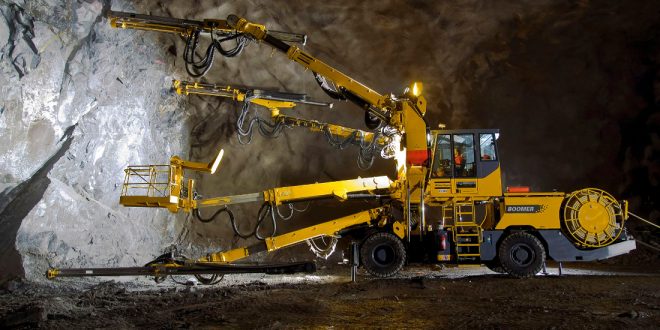 Namdeb has announced that it’s seeking to secure long-term future for Elizabeth Bay Mine.

Namdeb Holdings, a 50/50 joint venture between the Government of the Republic of Namibia and De Beers Group, today announced it is to seek a buyer for its Elizabeth Bay mine to secure its long-term future.

The mine was commissioned in 1991 and is located along the south-western coast of Namibia near the town Lüderitz. It employs around 160 people and produced around 200,000 carats in 2017.

Elizabeth Bay mine has contributed significantly over the years to the local economy of Lüderitz, particularly in providing high quality job opportunities for the local community.

“Elizabeth Bay mine continues to play an important role in the development of Namibia’s diamond industry, so we have not taken this decision lightly”.

“We are constantly reviewing new mining opportunities. As this mine nears the end of its current life, we are focused on finding a buyer that can sustain operations beyond 2019, protect jobs and contribute sustainably to the Namibian economy,” said Riaan Burger, Chief Executive Officer of Namdeb.

In 2009, following the economic downturn, the mine was put on care and maintenance.

In 2011, the operation was restarted through the implementation of the Elizabeth Bay Optimisation Project which, at the time, projected a four year Life of Mine (LoM) to 2014.

However, continuous innovation ensured that the mine has continued to operate well beyond this time, with a current LoM extending to 2019.

Following a recent review, it was concluded that the best way to secure a longer future for the mine, beyond the projected 2019 life, was to find a more suitable low-cost operator that could allow the mine to continue to contribute to Namibia and Lüderitz through continued employment and economic activity.