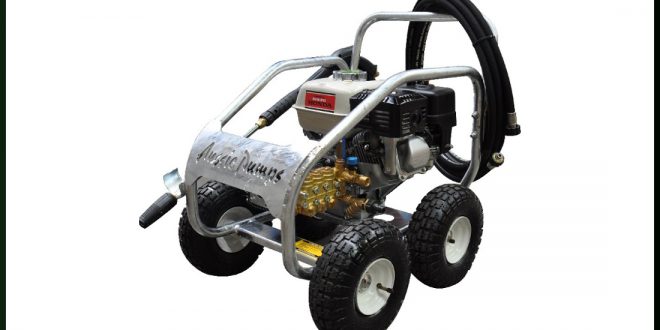 As cost saving trends surge in the mining industry, mines’ demand for pumps and pressure cleaners is expected to rise.

“We expect similar interest from Africa, where we know less sophisticated equipment is available,” said Warwick Lorenz, Aussie Pumps Managing Director highlighting that the company is negotiating the licensed manufacture and/or limited assembly of its product offering in South Africa.

He emphasises that the challenges facing mines in Australia are the same as those dealt with by mines worldwide, particularly the harsh conditions in the African mining industry.

“We are proud of what we have achieved and look forward to working in Africa,” Lorenz said.

The company’s products are specifically developed to withstand conditions, such as drought, floods and extreme temperatures, which often plague the mining and agriculture industries in Africa.

To lower costs, Lorenz says, mining companies need to acquire equipment that will not break down, with pumps performing even in the most trying conditions.

“Our job at Aussie Pumps is to work with miners to provide equipment that is more sophisticated but built so tough that we would equate it to a Caterpillar crawler dozer if we were talking about that class of equipment.”

Lorenz claims that the Sydney-based company’s aftermarket and pumps selection support also reduces the total cost of ownership of pumps used in the mining sector.

Lorenz believes that the company can provide such devoted care because it does not have to contend with the same issues as large corporations, explaining that, “as a small company with a staff complement of less than 50 people, we are able to specialise and provide a level of service and staff commitment not found in big corporations”. As it does not have to contend with “shareholders demanding dividends”, Aussie Pumps can focus on consumer satisfaction as opposed to enhancing its profit.

The mining industry relies heavily on pumps and piping systems, as they are crucial for transporting product, evacuating waste and dewatering, Lorenz notes. Therefore, not only is a broken or faulty pumps system dangerous, because it could lead to flooding in mine shafts, it can also cost a company valuable production time.