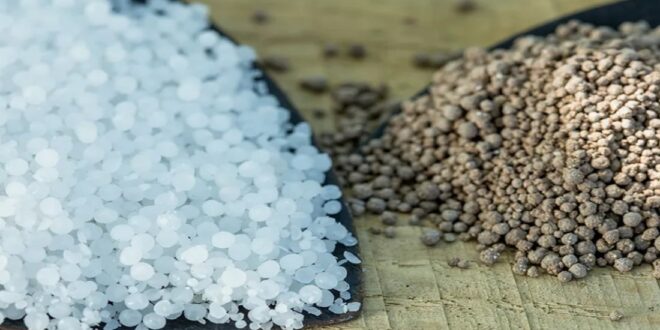 NMP should make scientific information be communicated to educate: ECC

Principal environmental practitioner at Environmental Compliance Consultancy (ECC), Jessica Bezuidenhout Bezuidenhout, has advised the Namibian Marine Phosphate (Pty) Ltd (NMP) to improve upon its scientific information by making it be communicated in such a way that the public is really well educated.

She also revealed that various elements have been researched and baseline studies are available but through their impact assessment process they will be made more public.

“What the client could improve upon is making the scientific information be communicated in such a way that the public is really well educated. I think we need to start doing that through videos,” she said.

Community members at Walvis Bay have questioned why scientific information on phosphate mining is not readily available to the public.

This question was raised during a public consultation meeting to provide interested and affected parties with a background to the proposed project and invite them to register as part of the Environmental Social Impact Assessment (ESIA) process.

The meeting was held at Walvis Bay recently by Environmental Compliance Consultancy (ECC), which is contracted by Namibian Marine Phosphate (Pty) Ltd (NMP) to revise and update the ESIA for dredging of marine phosphate material within mining licence area ML 170, offshore Namibia.

The mining licence comprises an area of 2 233 square kilometres and is located offshore, approximately 120km southwest of Walvis Bay.

According to ECC, previous exploration activities have verified the existence of a world-class economically viable marine phosphate deposit in the mining licence area.

However, principal environmental practitioner Jessica Bezuidenhout could not provide the public with evidence where such information could be obtained.

The members of the public were asking where the information can be obtained referring to the toxic harm that phosphate could potentially cause to humans and the environment.

Francois Hipondoka who attended the event, came out to support the phosphate mining initiative.

He thought that the project will alleviate unemployment at Walvis Bay.

“So many countries started with projects and others followed. This can be a similar case with Namibia,” said Hipondoka.

“Our people at Walvis Bay, and Namibia in general, have no employment. I know the fishing industry feels threatened but I have a question about the fishing industry. I was an employee at Metal Box in 1975. The pilchard disappeared out of this water. Until that time, phosphate was not there. This same with orange roughy in 1989/1990 there was no phosphate,” he said.

Advisers of the Benguela Current Convention’s Marine Spatial Management and Governance Project are, however, wary of the usage of its confidential draft information by NMP and ECC.

Regional technical adviser at GIZ Benguela Current Convention Rod Braby referred to the usage of a marine map, which is not officially launched by the government or approved by the Cabinet.

“They had the authority to do so. Our perception is that they were trying to make out that marine spatial planning is facilitating the mining,” he said.

The map, according to Braby, is only available to members of the working group of the marine spatial planning project.

He added that the way the information was presented seemed like the mining project was going to go ahead.

NMP is a joint venture company between Oman-based Mawarid Mining LLC and Namibian company Havana Investments, which is owned by flamboyant businessman Knowledge Katti and Tariq Al Barwani from Oman.