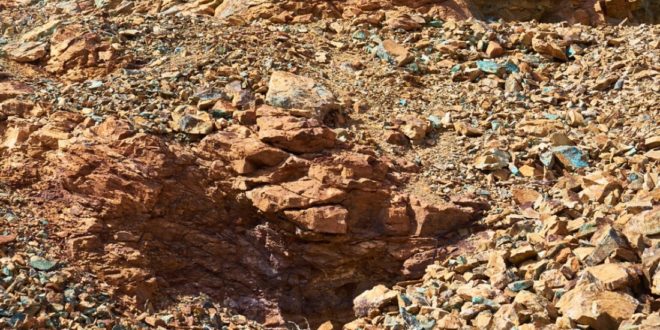 Ministry to reconsider its decision on Deep-South’s Haib licence

Deep-South Resources, a TSX-V-listed explorer and developer, met with Namibia Mines and Energy Minister Tom Alweendo and other Ministry of Mines and Energy officials on June 23 to express its displeasure with Alweendo’s rejection to extend its Haib copper license.

Deep-South got a notice from the Ministry earlier this month that its application for the renewal of its exploration and prospecting licence (EPL) had been denied, citing the company’s inability to move the EPL to the prefeasibility stage and complete the projected drilling program on time.

However, in a statement, Deep-South says the Namibian Ministry of Mines and Energy was kept well apprised, with no objection on its part, of a proposed change from the prefeasibility study to an upgraded preliminary economic assessment (PEA) and the start of a full feasibility study.

During the June 23 meeting, representatives of Deep-South informed Alweendo of the work in progress on the project and discussed the reasons provided by him for the refusal to renew the EPL covering the Haib copper project.

As a result of the meeting, Alweendo informed Deep-South that he will review all the information provided and reconsider his decision, which will be communicated to Deep-South in due course.

Deep-South chairperson John Akwenye states that the meeting was good and that the company is hopeful its representations to Alweendo will reach a positive outcome.

In its application for renewal and subsequent representations made to the Ministry of Mines and Energy, Deep-South says it has “clearly demonstrated that it adequately meets” the criteria under the Minerals (Prospecting and Mining) Act of Namibia to justify the renewal of its EPL.

Accordingly, Deep-South says its opinion is that the refusal to renew its EPL is “unreasonable and unjustified”.

Nonetheless, as a result of Alweendo’s refusal to renew the EPL, Deep-South has suspended all work on-site and hopes that the retrenchment of its employees will be avoided.

Deep-South says it has demonstrated to Alweendo that, during the past two tenures (from April 2017 to April this year), it has invested N$23-million (C$2-million) with the completion of, besides other elements, a National Instrument 43-101 resource estimation, a PEA, a large 2 t sampling and bio heap-leach test, geological mapping, modelling and an upgraded PEA.

In addition, in its renewal application, Deep-South proposed a feasibility study programme with a budget of N$80-million (C$7.1-million).

The programme was underway with three drill rigs and 42 employees on site.

Deep-South has also informed the Ministry of Mines and Energy that, upon completion of the feasibility study, it is planning to build a pilot plant on-site at an estimated cost of N$286-million (C$25.5-million).