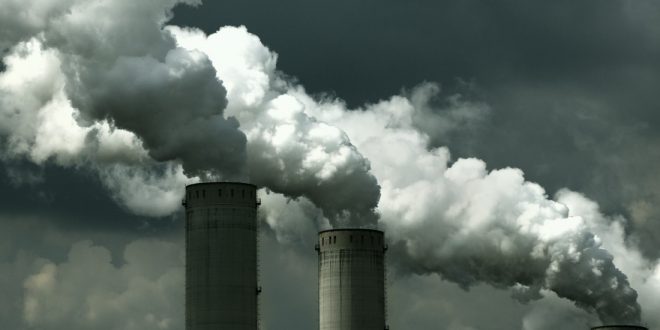 Namibians could pay the price for cleaner energy in China

Evans Mumba March 27, 2021 News, Press Release Comments Off on Namibians could pay the price for cleaner energy in China 356 Views

The details of China’s new 5-year plan, released earlier this month, suggest China has put off the difficult steps necessary to become carbon neutral by 2060. President Xi Jinping had announced that goal last fall, reflecting the Chinese Communist Party’s pursuit of “Ecological Civilization,” a vision of environmental sustainability both within and beyond China’s borders.

Achieving Ecological Civilization won’t be easy. China accounts for 28 per cent of global carbon emissions. How will Beijing pursue this goal — and at what cost?

Most analyses of China’s energy transition have focused on wind, solar and hydroelectric energy. But China is also the world’s fastest-growing producer of nuclear energy. If Xi’s ambitious plans come to fruition, China will surpass the United States as the world’s largest nuclear energy producer by 2030.

Nuclear power plants, of course, require uranium. Uranium mining is associated with negative health effects for local communities and mine employees, as well as environmental costs. Who will pay them?

Where will the uranium for China’s nuclear plants come from?

China ranks among the 10 countries with the largest uranium reserves. Yet most of the uranium fueling its nuclear boom comes not from its domestic mines, but from overseas. Over the past decade, China’s state-owned enterprises have invested heavily in foreign uranium mines. Today, China’s overseas holdings are estimated to be three times the size of its domestic reserves.

My research on Namibia — population 2.5 million — reveals that this country in southwestern Africa accounts for the vast majority of Chinese state-based investments in uranium mining. Uranium mining in Namibia dates to 1976 when South Africa’s apartheid regime sourced uranium from Rio Tinto’s Rössing mine in what was then known as South-West Africa. Today, Chinese investment is the only game in town. All active uranium mines in Namibia, including Rössing, are majority Chinese-owned.

Is China simply outsourcing a dirty industry to an African country?

At first, it might appear so. China General Nuclear Power (CGN), a Chinese state-owned enterprise, purchased Namibia’s Husab mine in 2012. The $5.2 billion project is expected to become the world’s second-largest uranium mine.

Husab is located in a water-scarce desert with a rural, minority population. It’s an open-pit mine, which means that radioactive dust can spread to nearby communities. It is also relatively inefficient in geologic terms. Namibia has the world’s lowest-grade, actively mined uranium deposits. Much more Namibian ore must be extracted to produce the same amount of “yellowcake” — concentrated uranium powder — compared with more efficient mines, including several in China.

The Namibian government argues that Husab’s revenue will catalyze development, including in communities near uranium mines. My research suggests that Namibians — particularly those from minority groups — are more sceptical.

Since 2014, I’ve spoken with over 100 Namibians about uranium mining in interviews and focus groups. These Namibians included government officials, residents of rural and urban communities, and members of minority and majority groups.

Minority Namibians living near the mines often viewed them not as a development opportunity, but rather as the death knell for their communities. Residents rely on small-scale farming and herding — two livelihoods threatened by the intensive water demands of uranium mining. Recent droughts have aggravated matters. Residents have also experienced negative health outcomes associated with radiation and chemical exposure.

To be sure, some Namibians benefit from Husab. Government officials argue that the mine will reduce Namibia’s 33 per cent unemployment rate. Some residents of nearby cities agree. Mining jobs are dangerous and difficult to come by, but they offer better wages and stability than tourism or the informal sector. Minority Namibians who rely on agriculture, however, view Husab as evidence that their communities are expendable for the sake of broader geopolitical goals.

And what does this mean for climate change?

If China uses nuclear energy to phase out coal, the global carbon reduction benefits could be significant. This outcome would have international and domestic benefits for China’s government, whose citizens have demanded action to improve air quality. The Namibian government also stands to reap considerable benefits from Husab. From a government-centric perspective, Husab reflects the “win-win” rhetoric Beijing often uses to describe its Belt and Road Initiative projects.

Translating government benefits into improved quality of life for ordinary citizens, however, is a fraught process. There’s a significant risk that marginalized groups will bear the costs of climate change mitigation efforts. In the case of Husab, the benefits that accrue to the Chinese and Namibian governments are likely to come at the cost of minority groups living near the mine.

This outcome is not unique in global history or Africa. Africans have contributed just 3 per cent of historical carbon dioxide emissions, but scientists project they will experience some of the worst effects of climate change. The continent also hosts significant reserves of the raw materials critical for climate change mitigation efforts, from cobalt for electric vehicle batteries to forests for carbon sequestration. There will likely be economic opportunities associated with these climate projects — including for African governments — but it is important not to overlook their costs.

Addressing climate change without increasing the burdens borne by vulnerable populations is a profound challenge, and it requires careful evaluation of the distribution of climate change mitigation costs and benefits both within and among countries. If equity is not incorporated into environmental strategies like China’s Ecological Civilization, carbon emissions may be reduced at the high cost of deeper inequality.

Meredith DeBoom is an assistant professor of geography at the University of South Carolina. She studies China-Africa relations and environmental geopolitics in southern Africa.